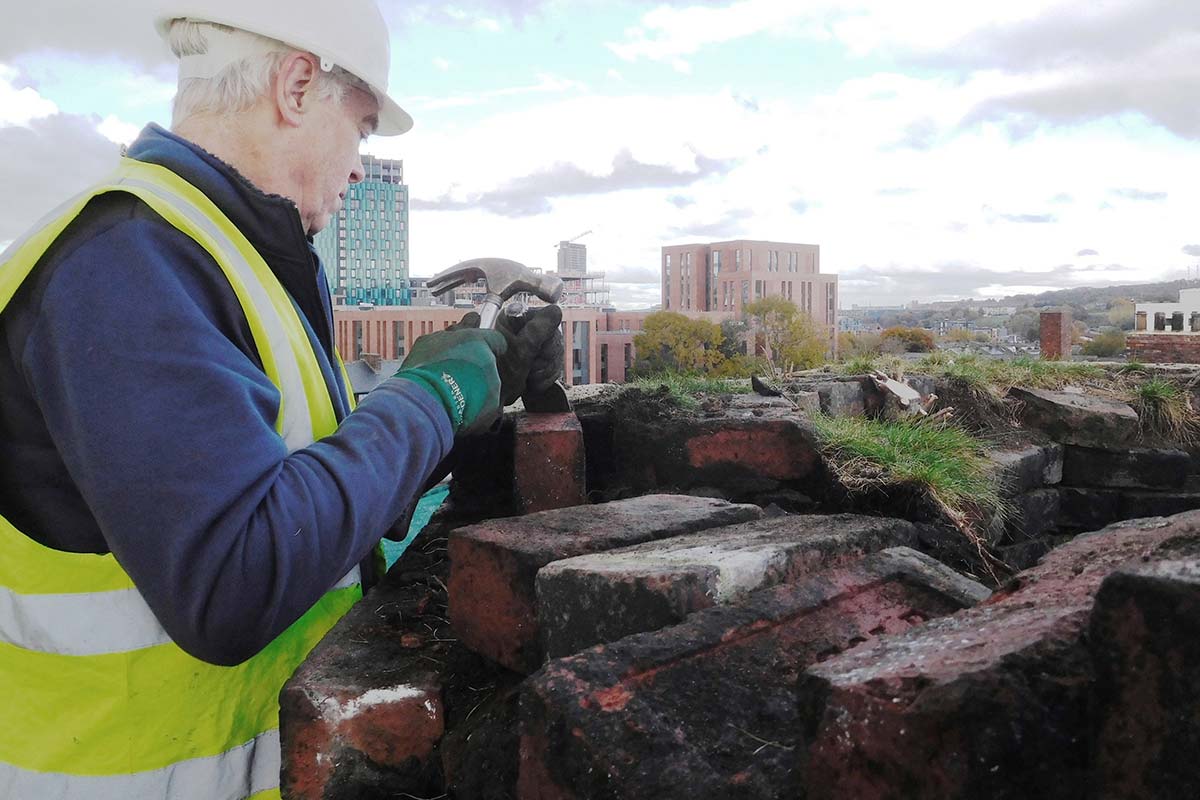 The big chimney at Portland Works is now safe and sound after a renovation project part-funded by the Friends of PW with support from the Sheffield Church Burgesses Trust.

Back in 1939 the chimney was reduced to half its original height to make it less of a target for Nazi bombers and less dangerous if the works were hit. In 2018 trees and other vegetation were growing through the flaunching on the top, and bricks and mortar were being dislodged. The area around the chimney was cordoned off, and scaffolding was hired so it could be made safe.

Volunteers started by taking off the top six brick courses, removing the vegetation and cleaning and stacking the 800 bricks ready for re-use. Then the top was rebuilt to its 1939 height by professional bricklayers, and the top two metres of brickwork were re-pointed. Finally, two stainless steel bands were fitted round the chimney to give added strength. 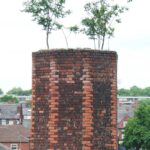 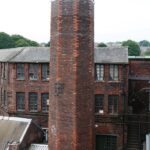 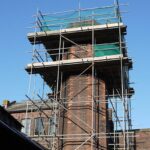 Thanks to a grant of £1000 from the Church Burgesses Trust, Friends of PW were able to cover the £2200 cost of the scaffolding. Olympus Scaffolding generously allowed this to stay in place for over two years, which allowed time for a full renovation, including missing brickwork on other parts of the chimney.